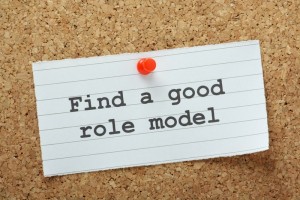 I was working with a client in the financial services sector recently on a series of leadership development workshops. These had been instigated by a requirement to change the culture of the organisation due to externally changing demands.

One conversation went something along the lines of:

Participant: ‘in our part of the business the culture is very fast-paced and competitive. It can be fairly aggressive and testosterone driven and not everyone can handle it. People just need to fit in or leave.’

Me: ‘That may culture well have brought success historically however might there be times that talent could be leaving due to this culture and how might this impact on organisational performance?’

Participant: ‘I guess so, but my boss adopted that approach. He’s done pretty well for himself and is well respected by the business. I don’t see any reasons to do much differently.’

Whilst this conversation progressed with the group into some illuminating areas what it got me thinking about is when role models might be identified with in a way that inhibits positive change and performance.

The unintended consequences of role models

A role model, is someone who is looked up to and revered by someone else. Someone who other people aspire to be like.

What the conversation above brought to my mind are times I have noticed people promoted into senior positions based on WHAT they achieved rather than HOW they achieved it. Rewarded based on outperforming hard targets without to much focus on the upheaval left in their wake.

When their way of acting is in conflict to the espoused attitude needed for future success, and yet they are still ‘rewarded’.

These people will still be held up as role models and there in lies the issue.

Choosing a role model is very personal. Even if an organisation ‘appoints’ positive role models people will still choose their own based on what they believe will be a good outcome for themselves.

If the role model that people aspire to doesn’t represent the organisational attitude needed for future success, then there are a number of potential consequences.

How to create the right role-modelling in your organisation.

In helping organisations change their culture to be fit for the future needs, I usually go through three steps:

There are many ways I have found to help support the change in culture and create the right role-modelling in your organisation. Here are some to get you going.

How to support the transition of expert managers to full leadership potential...

5 Steps to a successful career transition
Scroll to top